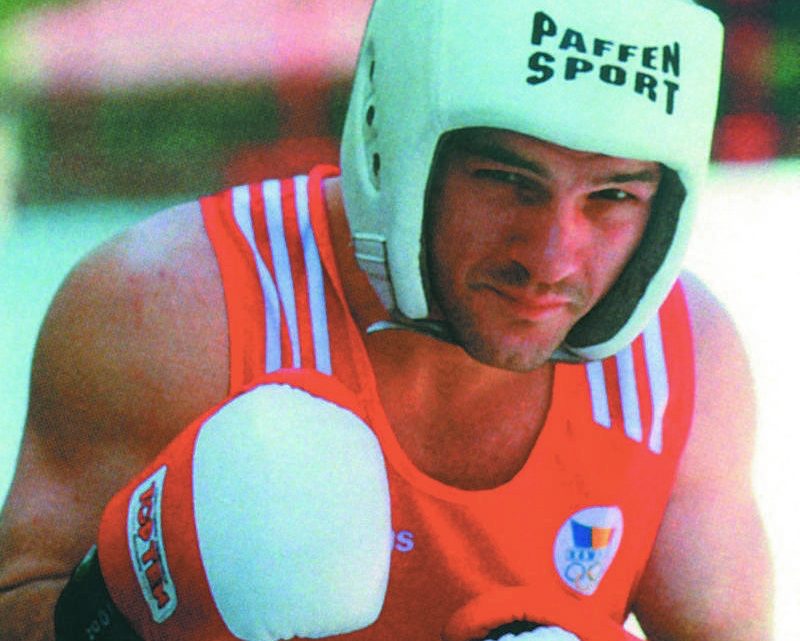 Kovacs, Doroftei, Ottke and Aurino amazed in the Vejle 1996 European Boxing Championships when more than 300 boxers competed for the quotas

The first competition day of the 1996 European Boxing Championships was March 30 in Vejle while the finals were held on April 7. There was not any rest day in the competition between the semi-finals and the finals in the 1996 edition which had nine continuous boxing days. Due to the Olympic Qualifiers Specific Box-offs were held to decide the last remaining places for Atlanta.

The total number of the boxers was 304 in the Vejle 1996 European Boxing Championships where the participants could compete in 12 weight classes as in the previous editions. The number of boxers not only exceeded the limit of 200 but 300 in Vejle due to the Olympic quota places for Atlanta.

Bulgaria, Germany, Hungary, Ireland, Italy, Poland, Russia, Sweden, and Ukraine competed with maximum number of 12 boxers in the Vejle 1996 European Boxing Championships. Turkey competed with 11 boxers as in 1993, the super heavyweight (+91kg) was the lone category which they missed in Vejle. The host Danish team attended with nine boxers on home soil from the bantamweight (54kg) up to the heavyweight (91kg). Croatia and F.Y.R. of Macedonia have done their debuts in the European Boxing Championships in 1996.

Finally, eight nations claimed the 12 available gold medals in Vejle where Germany topped the table with three titles. Russia and Romania both achieved two gold medals in the 1996 edition of the European Boxing Championships. Bulgaria, Turkey, Hungary, Italy and Denmark each won one title in 1996.

Russia and Bulgaria both earned altogether six medals in 1996, half of their boxers were on the podiums in Vejle. Ukraine achieved two silver and two bronze medals in the qualification event but France, Sweden, Belarus, Czech Republic, England, Ireland, Poland, Scotland and Spain were also on the medal table.

Daniel Petrov was the titleholder of the light flyweight (48kg) from 1993 and the Bulgarian boxer opened his campaign well in Vejle where he bowed out Russia’s Ramil Khusnutdinov in the last 32. Petrov had two bouts which he won by accepted scores over Armenia’s AIBA World Champion Nshan Munchyan and Ukraine’s Oleg Kiryukhin but the 25-year-old Bulgarian was able to defend his European throne.

Albert Pakeyev had strong results already by the time of the Soviet Union and the experienced Russian returned to the national team in top shape. The defending champion of the flyweight (51kg) Azerbaijan’s Rovshan Huseynov was eliminated by Ukraine’s Serhii Kovganko in the last 16. Pakeyev amazed in the quarter-finals against Germany’s AIBA World Champion Zoltan Lunka which opened his glorious way to the gold medal which he succeeded over Bulgaria’s Yulian Strogov.

Hungary’s Istvan Kovacs was European Champion and AIBA World Champion in 1991 and returned to the continental event in wonderful form. The Hungarian was almost untouchable for all of his five opponents in Vejle where he regained his top place at the bantamweight (54kg). The 26-year-old Barcelona 1992 Olympic Games bronze medallist has done a revenge to Russia’s Tajik-descent Raimkul Malakhbekov and claimed his second European gold medal after 1991.

Ramazi Paliani claimed bronze medal representing the Unified Team at the Barcelona 1992 Olympic Games and following that he bagged silver for Georgia at the Bursa 1993 European Boxing Championships. Paliani switched to Russia and earned his first European title in Vejle following his success over Bulgaria’s three-time AIBA World Champion Serafim Todorov in the final of the featherweight (57kg). The next Bulgarian finalist Toncho Tonchev also lost his title contest following his loss to Romania’s AIBA World Champion Leonard Doroftei.

Nurhan Suleymanoglu, who was born in Kazakhstan but he represented the Turkish national team in the 1990s, defeated Germany’s Oktay Urkal in the final of the Bursa 1993 European Boxing Championships. The two boxers advanced to the finals also in Vejle but the result was the opposite, Urkal defeated Suleymanoglu by 6:4 for the gold. The Barcelona 1992 Olympic Games silver medallist Faustino Reyes of Spain lost his fight in the last 16.

Lithuania’s titleholder Vitalijus Karpaciauskas lost to Denmark’s Hassan Al in the last 16 while the silver medallists of the welterweight (67kg) from 1993 Germany’s Andreas Otto was eliminated already in the first preliminary round. The Danish boxer claimed the host country’s lone gold medal in Vejle following his successes over the favourites as Ukraine’s Serhii Dzindziruk and Romania’s Marian Simion.

Romania’s three-time AIBA World Champion Hungarian-descent Francisc Vastag achieved his first European title in 1993 and he remained on the top of the light middleweight (71kg) in Vejle. The experienced Romanian had a dangerous fight against Armenia’s Vage Kocharyan in the last 32 but following that narrow success, he marched into the gold and defeated Germany’s Markus Beyer in the final.

The East Germans and the Germans dominated won the middleweight (75kg) between 1985 and 1993 and their Sven Ottke claimed the gold of the category over Hungary’s European Junior Champion Zsolt Erdei in the final. Italy’s Pietro Aurino was the star of the 1994 AIBA Junior World Boxing Championships in Turkey achieving the gold medal. He has done an amazing pathway also at the Vejle 1996 European Boxing Championships where he won the gold medal of the light heavyweight (81kg) after beating France’s Jean-Louis Mandengue in the final.

Germany’s Luan Krasniqi and France’s Christophe Mendy both were medallists in the Berlin 1995 AIBA World Boxing Championships. The favourites of the heavyweight (91kg) advanced to the finals in Vejle where Krasniqi was slightly better than his French opponent. Russia’s second gold medal was achieved by Aleksey Lezin who defeated Ukraine’s young superstar Vladimir Klichko in the final of the super heavyweight (+91kg).

List of the winners in the 1996 European Boxing Championships

Udtagelse til ‘4 nations Round Robin’